What will be the competitive edge of the industry?

The combination of rapid inflation, supply chain insecurity, a health crisis and unprecedented sanctions is bringing a time of great change for the Western industrial sector, with both money and markets being redistributed. The focus of competition in this turbulence will be "digitalisation for the advanced".

Let me explain. The so-called digital revolution has not been a novelty in the industry for a long time, on the contrary: by 2022, talking about some kind of general digitization will seem simple or unprofessional.

About as universal as the "general flavor" of the endless universe of aromas and flavors of culinary art.

Digitization can mean vastly different worlds by industry, market, company size and stage of development, but in a very broad way, digitization can be divided into stages of development. Namely, the so-called digital revolution is actually an evolution, where three stages can now be drawn.

Anatomy of the Industrial Revolution

One way to describe the stages of development of the industry could be as follows. The first stage can be called the optimisation of logistics. When industry (whether at company, branch or public sector level - it's just a matter of generalization) steps on the path to smart business, the first step is usually to "squeeze everything out" from logistics. This means not carrying, lifting, moving, procuring or delivering more than necessary. It can be said that the chains that end at the factory gate and start at the factory gate are dealt with. The use of modern technology, especially computing power, to optimize this stage has a long history both in Estonia and in the world.

The second step is to optimize production. This is a big step forward in terms of both complexity and cost, as well as cost-effectiveness. At this stage, technology and computing power are used in production to minimize excessive movement, open ends and human labor. Unnecessary heating, downtime, all kinds of waste are also reduced, and opportunities are sought for the cross-application and re-use of resources or energy. This is a long process, where the complexity of production increases, as do the optimization challenges. And it is also the stage that the lion's share of the world's small and medium-sized industrial enterprises are grappling with today.

The third stage is what I would call advanced digitization. Its content is the optimization of management and support functions. This means optimizing and digitizing the work of production support infrastructure, minimizing the role of the human factor and chance in running and managing production.

It is possible to find a large unused efficiency resource and an unrealized competitive advantage here, but in terms of its complexity and size, this field of work is certainly awe-inspiring.

Finally, we are no longer replacing people's muscle memory, dexterity and muscle mass with machine work, but also with people's management decisions. Perhaps this is also the reason why the avant-garde of the industrial sector has reached the stage of competition - mainly very large or very progressive. However, it is at this stage that the biggest gains and best positions for the future will be picked up in a time of turbulent market redistribution. It is also easier to join a club of progressives - you just have to be smart and practical.

We have come to two conclusions with our company in optimizing industry support and support systems for many years. Firstly, although this third stage is large and difficult, significant improvements can be done and significant savings can be made with relatively small steps and investments. The simpler systematisation of the maintenance of production equipment alone led to a regular maintenance audit of less than an hour in two working days in one food industry with very high equipment requirements. However, the second conclusion is not so rosy: in most Estonian industrial enterprises, the optimization of production management and support activities is in its infancy or non-existent.

There is probably no company in the world that can honestly provide know-how and solutions to optimize all management and support systems. Even "optimization of management and support systems" sounds like a concept that means so much that it doesn't really mean anything at all, perhaps only for the conference slides of management theorists. The reality consists of smaller and more specific issues that can and must be addressed one by one.

Nor was our company AllDevice born out of a desire to "optimize support and support systems." This was due to the observation of the engineers that due to the ill-considered maintenance and management of the equipment fleet, companies lose a lot of money and the operation of the company's core business is endangered.

When digitizing the management and support functions of industrial companies, we often see that even with the introduction of an absolute minimum, some simple and suitable software, even very small industrial companies achieve annual savings measurable in five-digit amounts. In our experience, the problem is not that the industries have not been able to solve their problem before, but rather that they have not been able to seek help. In the 21st century, it has always seemed logical to keep production on paper sheets and notebooks and on the heads of maintenance engineers… But it has a very specific price, measured in euros.

Money is lost where it is "repaired when it breaks", maintenance, verification, inspections of various equipment are not synchronized, documented or planned. It is only a matter of time before some major upset occurs in companies where maintenance instructions and documentation are systematically or difficult to access, maintenance procedures are not standardized and properly documented, or worse, the entire maintenance and administration system is "in the head of one smart guy".

This is exactly what happened to one fuel company, where a large number of responsible equipment was enough to fail to verify a single fuel tank in time to receive a hefty fine. By bringing the management of business-critical procedures (maintenance, verifications, inspections, license renewals, etc.) to an arbitrary intelligent system of human error and chance, a driver can never measure how much he has benefited from non-occurrence of downtime, delays, fines, failures, but is confident that the more complex the work, the greater the savings.

In one workshop, after the introduction of a fleet management system, among other things, it became clear that this would not only reduce surprises and time. As a bonus, the production manager received a management tool that also identifies the equipment or persons that are causing the problem, helps prevent malfunctions and the use of various equipment, correctly schedules preventive maintenance, and significantly improves spare parts inventory management and costs.

And to prove your main point, we are talking about optimizations, the cost of which is not measured in millions, but rather in thousands. I have not yet seen a case where the savings achieved would be less than the expenditure made.

Why is Estonian industry stretching among the mediocre?

Why is the field of work in the third stage of the digital revolution - we call it unused potential or undone work - so big in Estonia, which considers itself a digital state? Bringing intelligence to the maintenance and management of the fleet, we see only a small niche in our company from the great challenge of digitizing the entire management and support systems, but I still have my theory.

Namely, typical of a developing society, the management of industry in Estonia is still more engineer-oriented than manager-centric. Therefore, our engineers skillfully solve the problems that arise in the existing system, but compared to the developed Western world, it is rather a matter of management vision or avant-garde to do things differently and find ways to avoid them instead of solving the problems.

In a turbulent time for the industrial sector, there is also an opportunity for Estonian companies to make a leap forward in the bold digital reform of the upper and most difficult end of the industry, i.e. management and support processes. What is not a bonus in such a confused and ruthless time, but in the long run, probably a precondition for survival in a race to increase efficiency. 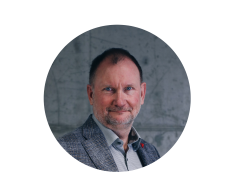 The article was published in the Industry section Tööstusuudised in the Estonian business daily Äripäev on June 29, 2022.